Dreaming of a Dead Person Talking to You Meaning

It’s not unusual to have a dream in which a dead person talks to you – These dreams are often interpreted as messages from beyond the grave, warnings about impending danger, or portents of change. But what do they really mean?

There are many possible interpretations of dreaming about a dead person talking to you. It could be a warning from the deceased about something dangerous or life-threatening that is about to happen. Alternately, it could be a sign that major changes are coming in your life or that someone close to you is going to have health issues. 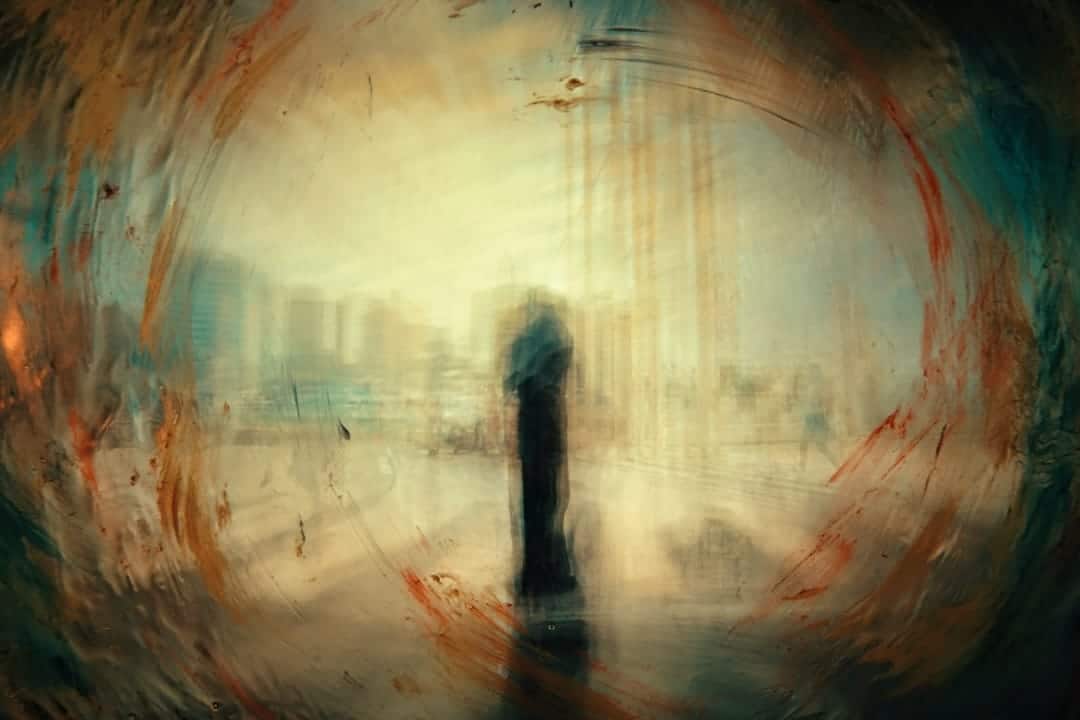 In this post, we will uncover all the possible meanings and interpretations of a dead person talking to you in your sleep.

General Meaning – Dreaming of a Dead Person Talking to You

There is no one-size-fits-all interpretation of dreaming about a dead person talking to you. The meaning of your dream will depend on factors like who the deceased person is, what they say to you, and how you feel in the dream. But generally speaking, these are the 3 meanings.

Fear – Sometimes, a dead person talking to you may be a natural response to our own mortality or the death of close ones. We might be concerned with our frailty or the fragility of others around us, and we frequently have time to worry about the worst possibility that could occur, which is death.

Missing Loved Ones – Seeing a dead person talking to you in your sleep might also indicate how much you miss a deceased loved one. You likely think about that person often, and you want to speak with him or her again. Other times, you may have unresolved issues or questions for that individual, and you want to understand what happened to them.

Symbolic of an Ending Phase – This may be a signal that it’s time to move on from persons that should have departed your life already. You may be having problems letting go of toxic relationships, for instance.

It’s possible that death is leading you to pursue something more tangible in order to get out of the problems in your waking life that are not assisting your mental, emotional, or spiritual well-being.

Related  Read: How to Stop Worrying About Death?

Different Meanings – Dream of a Dead Person Talking to You

Now that we know the general meaning of dreaming about a dead person talking to you, let’s take a look at some of the different ways this dream can be interpreted.

Talking To Your Dead Mother In Dreams

Dreaming about your dead mother and speaking to her might be an indication that you are about to have some difficulties and will be forced to handle them without time to consider the best answer. Such a dream may indicate the need for someone’s assistance.

Alternatively, it can symbolize good conclusions after dealing with problems and obstructions on the road ahead. If your mother died in reality, such a dream could reveal your sadness and grief at her death.

Read More: Why Does Grief Come in Waves?

Dream of Dead Sibling Talking to You

This dream is usually not a good indication as it might suggest guilt or anguish over your sister or brother, as well as unresolved issues regarding them that you couldn’t resolve while they were alive.

This dream might also signify arguments with family members. This dream may be pointing out some issues and problems you have with them. Therefore you should do your best to address them and try to resolve them as soon as possible.

If your sister or brother is alive and you had this dream, it is a reminder that you should settle things down quickly.

Dream of Dead Friend Talking to You

A dead friend talking to you in your sleep means that you miss them and wish to revisit the memories you shared. If they are not dead, this dream is a reminder that you should reconnect with them before it is too late. Or on the other hand, this may be a method of coping with their death if they are no longer alive.

Dreaming About Talking to Your Dead Child

Talking to your child in your sleep could be very distressing, but it’s your subconscious attempting to resurrect him. If you lost your kid in real life, that might be a particularly tough dream to have, but it’s frequently done as the unconscious way of dealing with the loss and accepting it.

Anytime you dream about your dead child talking to you, it is due to not being able to accept this event, and your defensive mechanism keeps you dreaming about your kid as if he or she were still alive.

These fantasies act as a method for you to get used to the difficult truth that your child is no longer with you.

Dream of A Dead Person and Asking to Go With Him

When talking about a person, may it be a stranger or a friend or a family member, isn’t a good indication, especially if you have accepted the invitation in your sleep.

This nightmare means that you may soon be in serious danger in your waking life, potentially that your health will go downhill, or you’ll be miserable. Unfortunately, this could also mean your own death on rare occasions.

Dreaming About Your Dead Mother Saying She is not Dead

Seeing and speaking to your dead mother in your dream and her saying that she’s not dead can be a traumatizing experience, and it is usually an indication of your refusal to accept her death.

This dream reflects your sorrow and loss over your mother’s passing away. It might also be a signal of unresolved issues you were unable to tackle with her while she was alive, which are still weighing on you.

Dreaming of a Dead Person Talking to you in Islam

As a Muslim, dreaming of a dead person talking to you could be interpreted in a few ways. It might suggest that the person who died is in need of your prayers and du’a.

It could also be interpreted as a warning from Allah, telling you to repent for your sins before it’s too late. This dream might also be a sign that someone close to you will die soon and that you should avoid having pending issues with anyone.

Talking to Dead Grandparents that Offered Their Help

Talking to deceased grandparents who previously offered their help represents receiving some unexpected good news. You can interpret this dream as an indication that some kind of danger is currently affecting your waking life.

Lastly, it could mean that you are aware of a particular risk in your real life and that you unconsciously want assistance.

If you didn’t follow in your grandparents’ footsteps in the dream, it indicates you will successfully overcome any challenges you encounter.

Dreaming About a Dead Person Talking to You Biblical Meaning

Dreaming of deceased family members is not unusual, whether you are a Christian or not, and can become quite distressing and traumatic.

As a natural part of life, we’ve all had loved ones who have passed away, and when they do, dreams with them may begin. However, in the Old Testament, Jesus and the Apostles of old did not communicate with the dead.

There is no biblical passage that highlights such interactions as God has always prioritized resuscitating the dead rather than talking with them.

Dreaming Of a Dead Person Talking to You Spiritual Meaning

When you dream of a dead person talking to you, it can be a bit disconcerting, but it’s not as uncommon as you might think.

There are a number of different spiritual interpretations of this type of dream, but the most common one is that the person in your dream is trying to send you a message. It’s possible that they need to tell you something important or offer you some advice.

If you’ve had a dream of a dead person talking to you, it’s important to take the time to interpret what it could mean. Dreams offer us insight into our subconscious minds and can be helpful in understanding how we’re feeling or what might be going on in our lives.

While some dreams can be interpreted literally, others may have a more symbolic meaning. If you’re unsure of what your dream could mean, try remembering the details, analyze your overall situation, and match with the interpretations in this post.