Do Dreams Mean Anything? Science Behind Dream Meaning

For centuries, people have questioned what their dreams actually mean. Early civilizations believed dreams were a way of gods to communicate with humans. The Greeks and Romans believed that dreams could predict the future.

In the modern-day, there are many different theories on dream meanings and dream interpretation. Dreams happen during REM sleep and are intense because the brain is still very active. 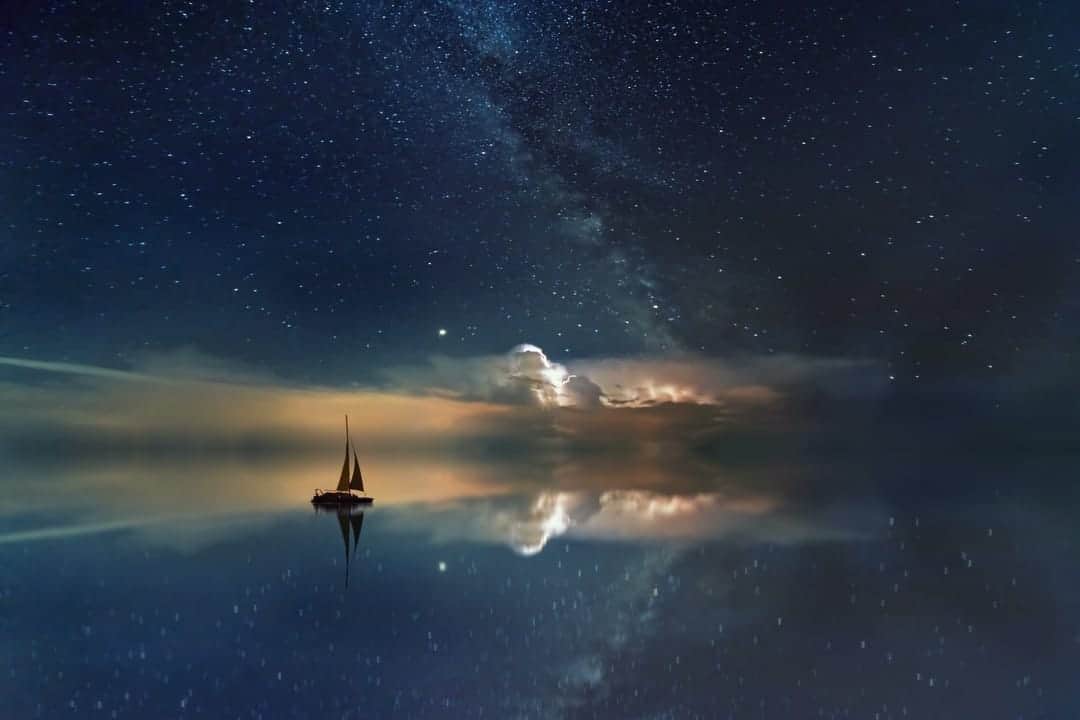 There are many theories on why we dream. The most popular theories are that dreams help us form memories, solve problems, and process ideals both about ourselves and the world. Neuroscientists have discovered that dreams help with information processing and mood regulation. More is known about it physically affects us than mentally affects us.

In this article, we explore the different theories behind the meaning of dreams and learn how to understand how to interpret them.

Do Our Dreams Mean Anything?

Lots of psychologists and experts have theorized that dreams have a deeper meaning. It has been a long debate with many of the world’s thinkers pondering the meaning of dreams and why we have there.

Alan Eiser, a psychologist and a clinical lecturer at the University of Michigan Medical School in Ann Arbor, says dreams can be “highly meaningful,” because they “deal with the sort of personal conflicts and emotional struggles that people are experiencing in their daily lives.”

But not every dream has a meaning, just like how not every thought when you are awake has a meaning. The reason many people believe dreams have a meaning is because when we sleep, we access parts of the brain involved with understanding or generating metaphors. Sometimes, it may take accessing this part of the brain to understand what is happening in the waking hours.

Although dream psychoanalysis has only been prominent last century or two, people have studied dreams for far longer. Aristotle wrote about dreams as early as 325 B.C., Sigmund Freud cited Aristotle in his 1899 work, ‘The Interpretation of Dreams’, as the first to recognize that dreams “do not arise from supernatural manifestations but follow the laws of the human spirit.” He believed Aristotle’s definition of dreams to be “the mental activity of the sleeper in so far as he is asleep.”

Psychologist Freud believed that dreams simplify, organize, or mask our repressed and unconscious wishes. Freud regarded dreams as “a royal road to the unconscious. Our brains use various symbols and imagery to help us understand our feelings. He wasn’t the only thinker who believed that what we see in our dreams has more meanings than we may think.

According to Freud, dreams are the imagery of a wish or impulse that has been repressed. Our brains repress things, but these thoughts escape into toned down or distorted and it is the job of a psychoanalyst or expert to uncover the true meaning. Therefore, Freud studied dreams as a gateway to understanding the unconscious human mind.

Carl Jung also believed dreams had meaning. Jung believed that the patterns that regularly appear in our dreams can help explain daily occurrences and balances out aspects of our life we may not even be aware of. Jung referred to dreaming as being psychological compensation. The swiss psychiatrist and psychoanalyst believed have dreams are healthy because they help bridge the conscious and the unconscious.

Both Jung and Freud agreed that dreaming is a product of unconscious forces within us. Both respected thinkers agreed that dreams are valuable resources in healing people from their mental illnesses. Both, using advanced neuroscience in their day, believed that dreaming gave people a better knowledge of their minds and bodies.

The most fundamental difference between Freud’s and Jung’s dream theories was that Jung preferred to look forward. Carl Jung theorized that dreams signify your future life development rather than helping you understand your past.

However, the strongest criticism of dream theory, especially Freud, is concentrated on the ideas that dreams are wish-fulfillment. Rather than being a gateway to the unconscious, Aserinsky and Kleitman’s (1953) believed that because dreams usually happen during rapid eye movement (REM) sleep that dreams are bizarre, not due to an elaborate disguise mechanism hiding their true meaning, but more simply due to brain stem activity. Indeed,

The Activation-Synthesis Hypothesis is a neurobiological theory of dreams. First proposed by Harvard University psychiatrists John Allan Hobson and Robert McCarley in 1977, this theory suggests that dreams are created when neuron activity changes and activates during REM sleep.

It means that the body and brain cycles through the day and night, and the chemicals that activate the nerves of the brainstem shift. As they shift, it triggers brain activity which activates memories. This is why in dreams, memories and hidden thoughts come to the surface.

Sleep helps the brain perform a range of activities it can’t do awake, including cleaning up the brain, processing events and consolidating emotions. Activation-synthesis theory suggests that it’s this physiological process that causes dreams.

Psychologist and dream researcher Rosalind Cartwright also believed that our dreams were tied to significant life events and emotional experiences. They help us process the emotions of life and create memories.

In The Twenty-Four Hour Mind, she writes that “…sleep is a built-in physician and dreams an internal psychotherapist; that good sleep rests and restores our weary bodies and that good dreams temper our emotional responses to new experiences.”

She considered the emotional function of both REM sleep and dreaming to take place on several different levels. In the short term, dreams can help improve your mod across the night. In the long term, dreaming can help you adapt to emotionally challenging situations. Dreams should be seen as a window to your inner dynamics, according to years of research.

She viewed dreams as creative products that both reflect the activity of repeated actions and act as a filter for current experiences. In her own words, dream imagery is formed “by pattern recognition between some current emotionally valued experience matching the condensed representation of similarly toned memories. Networks of these become our familiar style of thinking, which gives our behavior continuity and us a coherent sense of who we are.”

Emotional balanced is achieved in your sleep, according to Cartwright, as you will process events by relating recent memories with past memories. This process will deepen with every successive REM cycle, which may explain why the more bizarre our dreams become through the night.

Another theory is the threat simulation theory, which describes dreams give us the chance to practice identifying, avoiding, and dealing with threats. Dreams essentially give us a chance to face our fears and act out threatening scenarios in a safe space. This is a positive development that could improve the chance of reproduction and survival.

2005 research found that children who live in threatening environments have more active dreams. Other studies have found that threatening events and aggressive behavior are a common factor in dreams around the world. And in these dreams, the person having it is usually the target of the threat.

Critiques of threat stimulation theory have noted that the threat content may only be the result of selective memory for emotionally charged imagery, and dreams tend to feel more realistic and threatening than real-life scenarios. Another reason critics dispute this theory is that disturbed sleep shouldn’t be regarded as beneficial because sleep is hugely important to our physical and mental wellbeing.

How to Explore Your Own Dreams

Ready to dig a little deeper into your dreams? There are some methods to help you better explore your dreams and the messages within. The most important thing is getting a quality sleep.

Dreams happen more naturally when you get enough sleep. We recommend between 7 and 9 hours of sleep to get a sufficient amount of REM sleep if you want to improve your dream recall.

When you wake up from a dream, don’t jump straight to your journal. Instead, lie still for a moment and calmly process what happened. Let the scenes unfold and open up your feelings and senses, so you can fully understand your experience. Take notice of small details as they may seem minor, but they have a huge impact on the meaning of your dream.

Once you’ve gone through the dream, then you should grab a notebook and write down everything you can remember. As you write, you might remember more details that help shape the narrative of the dream. Remember to write down everything, even if it’s half-formed or seems like a small thing.

Things to remember that you may not normally write down include colors and sounds, the people in the dream, anything said, the buildings, how you felt, and any objects you remember.

What Are Common Dreams?

Have you ever dreamed that you were falling and jerked awake or dreamed you were showing up late for something life-changing important? You are not the only one. There are quite a lot of common dreams most of us have had at one point in our lives.

Other common dreams include being chased, flying, meeting someone who has passed away, being naked in front of a crowd or dreams about inappropriate sexual relations with someone who isn’t your sexual partner.

These reams are common because as humans we have many common thoughts, fears, and behavior patterns. Arriving late and missing something important like a flight, a job interview or an exam, is a common fear many of us share and it’s a fear that follows us through life.

Having dreams where you appear naked or embarrassed in front of a large group of people is often related to social anxiety or worrying about how others perceive you. This is also something many people share the same fear of.

Not everyone will agree that dreams will have meaning. Some may disagree and make their own interpretations of your dreams, or simply believe they are random thoughts you have as you sleep. Whether you agree or disagree with dream interpretation, dreams are a fantastic way to take part in self-reflection and look into yourself.